In 1933 the Horrocks-Ibbotson Company of Utica, New York, Manufacturers of fishing tackle, established its Canadian subsidiary in Grimsby, Ontario. The factory was located at the southwest corner of Robinson Street North and John Street. The company existed at this location for 8 years manufacturing reels, rods, lines, spinner baits and canvas bags.

A 1935 article in The Sports Goods Of Canada stated the manager was Harry Banks and at this time the company employed 25 and had 4 salesman on the road from coast to coast. In 1941 the Horrocks-Ibbotson Canadian company fell prey to fire. Putting an end to the Canadian operation. 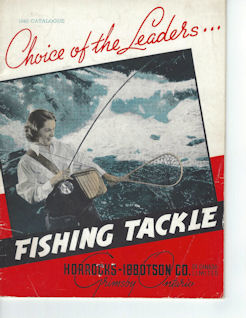