Hotti Tackle was known for the lure called the "Cisco".This lure was in production in the 1940's.The founder of this company was Bill Hotti.Bill Hotti had a fishing and hunting camp on Lake Penages in the early 1940's but illness forced his retirement .Bill was well known amongst anglers and had a large circle of friends from the United States and Canada.In an announcement in 1947 he was now head of the Hotti Bait Mfg. company,Windsor  Ontario.In the same he states he was going to manufacture the "Flatfish" in Canada for Charlie Helin.(I don't believe this ever transpired,but he was an agent for Helin).Hotti  lures were made in 3 sizes #3,#5,#1.The lures also were made in various finishes nickel,stainless,copper,and brass.Some had beads placed in the middle of the metal lures.The Cisco baits were boxed in the blue&white boxes and included paperwork.View the pictures to see this quality made lure from the 1940's. 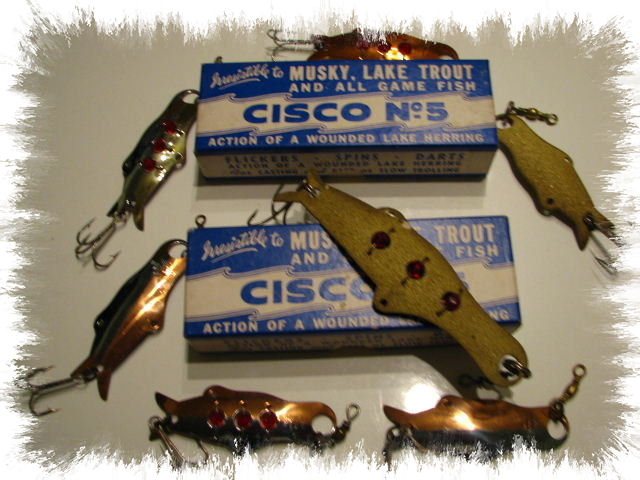 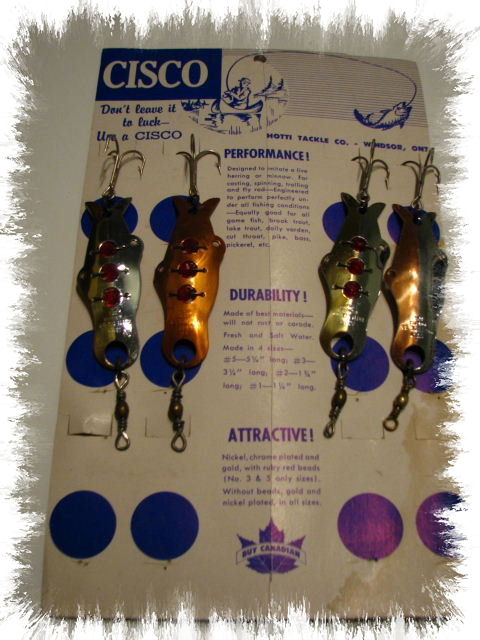 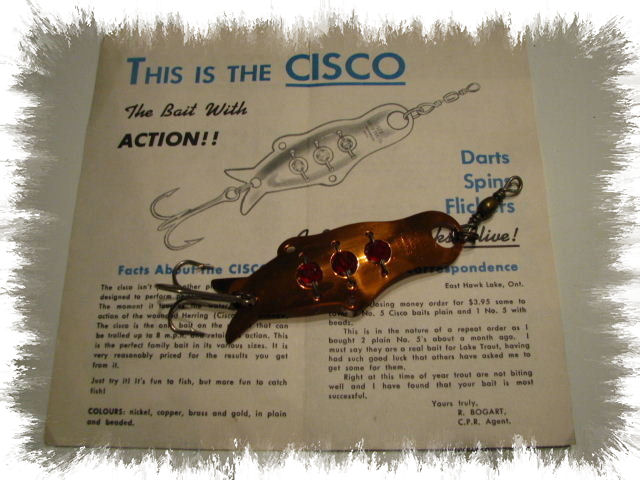