The Lucky Strike Bait Works was founded by Frank Edgar,who began making lures in 1929 in his basement workshop.Broomhandles and hardwood were first used for the early lures,but cedar soon became the norm for bait bodies.The early Lucky Strike lures all had glass eyes up until 1939.Later lures then used a metal washer and tack arrangement for the eyes.On the link below you'll find a extensive article written by Matt Nicholls on this company.Lucky Strike marked their 75 anniversary and CAFTA produced an informative calendar to mark the occasion. 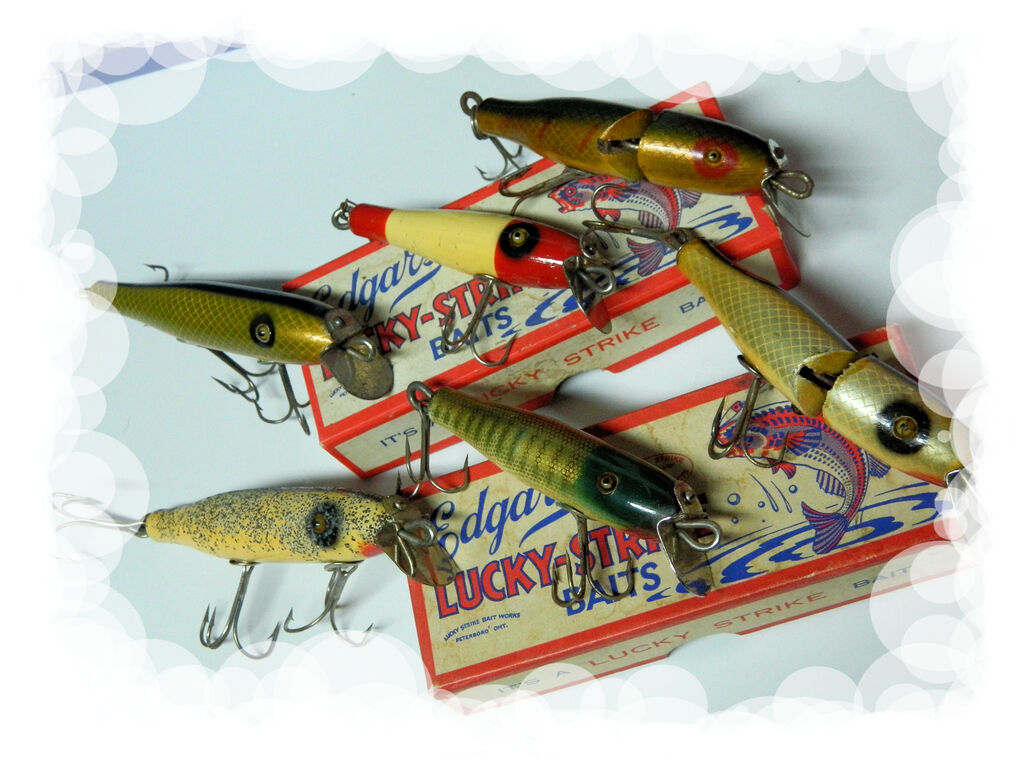 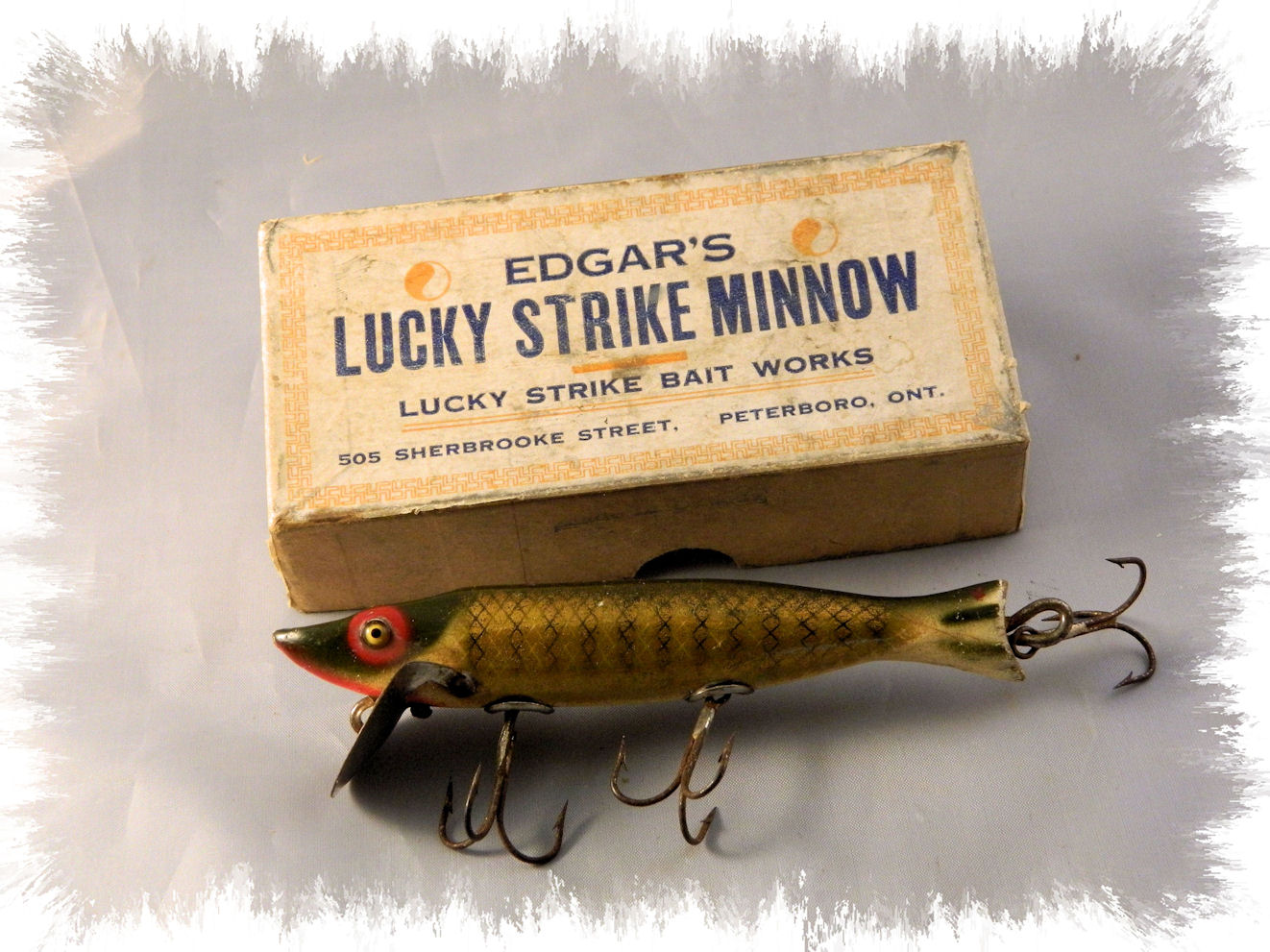 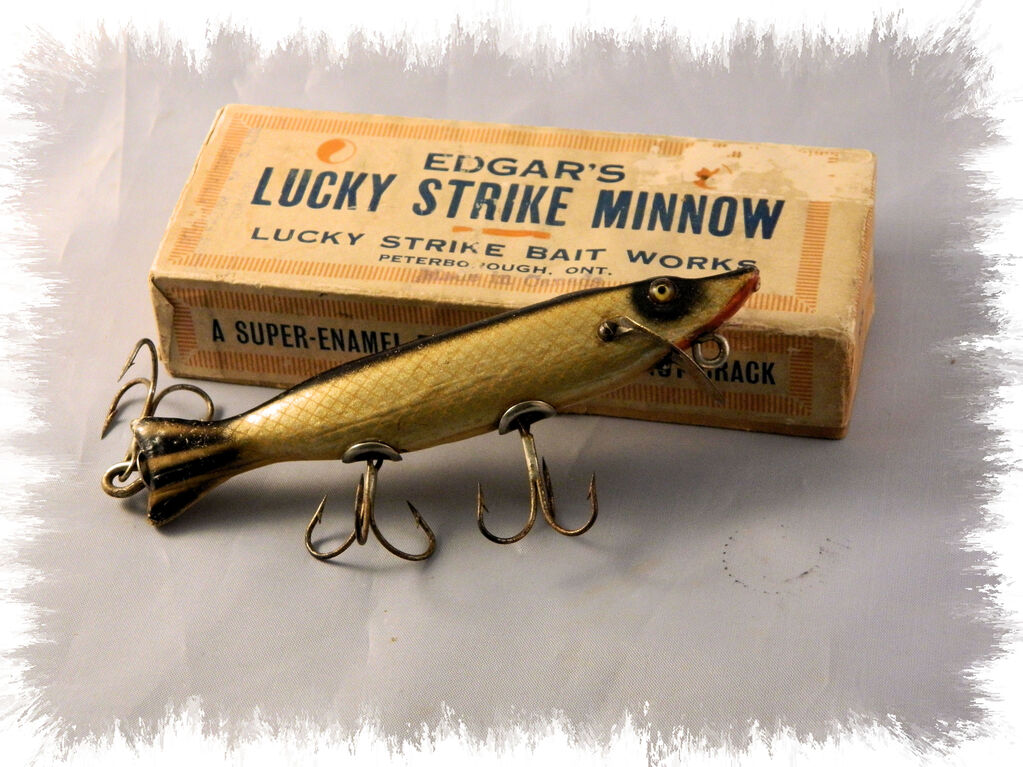