The inventor was Sudbury native Vaino Lehto,a worker at Inco's Copper Cliff smelter during World War ll.Canada at this time was fully committed to helping end the war,and crucial to this effort was the production of nickle fpor armour plate,gun forgings,bullet jackets etc.It was during this time that Lehto secured Canadian and American patents for his fishing lure with the "flashing Tail" in 1943.Although patented during WWll,it was unlikely that any lures were produced during this time.

Not only were essential materials targeted for the war effort,but most fisherman and tackle-buyers were in uniform and fighting overseas.What is known is that advertising shows the lures being marketed in 1948,1949 and 1950.Reference to Northern Tackle has been found as late as 1953.It is certainly possible that the company marketed products prior 1948 and later than 1953,but so far no such evidence has surfaced.

Vaino Lehto advertised in at least two Canadian magazines,with the earliest being 1948.Specifics of the Flash Tail showed a model with two sets of double hooks,and true to the patent,had holes allowing water to enter the mouth and exit at the back of the gills.Eyes were either painted or or raised glass eyes.The tail was link to the body with brass inserts,and the only colour was advertised as "green and golden waterproof-very shiny in water'.A metal leader sported either a red or metal bead.Price was $1.50.Lehto also claimed the bait to be the 'best imitation of a live bait in the world'.A year later (1949) saw the introduction of six colour choices.The price also increased to $1.65.the lures could be purchased from local dealers or directly from Northern Tackle.

In 1950,more choices were offered with an addition of a second model of the Flash Tail.-a model #4 joined the original model #3.The model#4 was .15 cents cheaper,and sported a more pronounced belly.This raises the question 'Was it introduced as a cheaper lure,but might the belly addition been used as a stabilizer for use in trolling?Perhaps this is also the reason for the the location of the leader(with metal bead) on the top of the head.This lure also had no mouth openings for water to run through and had painted eyes.

The Northern Tackle Co. box states that the lure was made in Canada,but it is not known where the production occurred.The mailing address was simply Box 444 Sudbury Post Office.Extensive advertising in Canada probably also resulted in many mail sales.The Northern Tackle Co. headed by Vaino Lehto is an intriguing tale{yes a Flashy one}.It appears that he was the first Sudburian to place into production,a patent relating to fishing tackle,and proved he was no armchair inventor.As a fisherman and successful inventor,Vaino holds a place in our Canadian fishing tackle heritage. 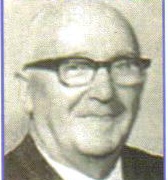 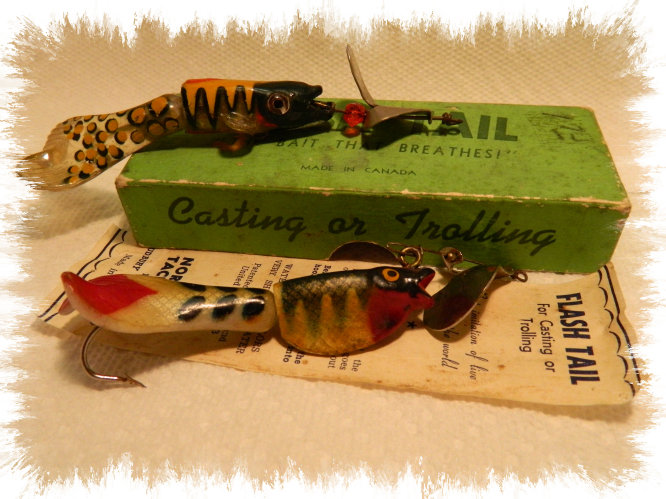 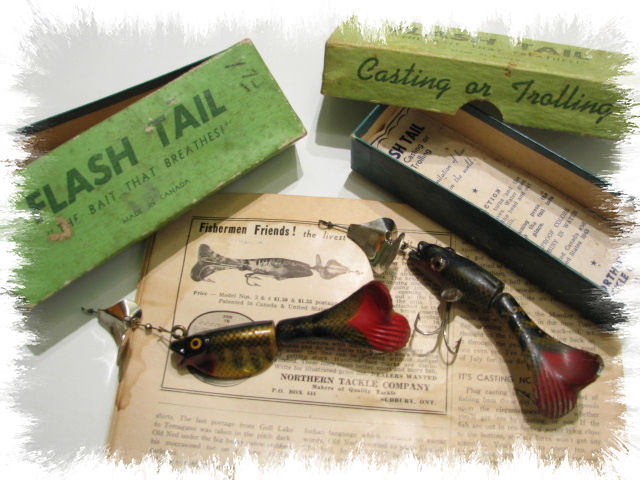