Skinner's from Toronto, Ontario Canada was a premier tackle store that carried and catalogued many quality fishing lures and reels etc. Made by many well know manufactures like Heddon, Pflueger and Lucky Strike. Skinner's had catalogue's and advertised in fishing magazines. One unique service they had was the shipping of live bait in wooden boxes bearing their name Skinner's on the side. They also had items made bearing their logo like metal spoons and snelled hooks from England. My guess is they were in operation at Younge St. Arcade and Victoria St. in the 1930's.Younge Street Arcade was Canada's first shopping arcade built in Canada consisting of several dozen independent stores. Built in 1884 and destroyed by fire in 1950's. 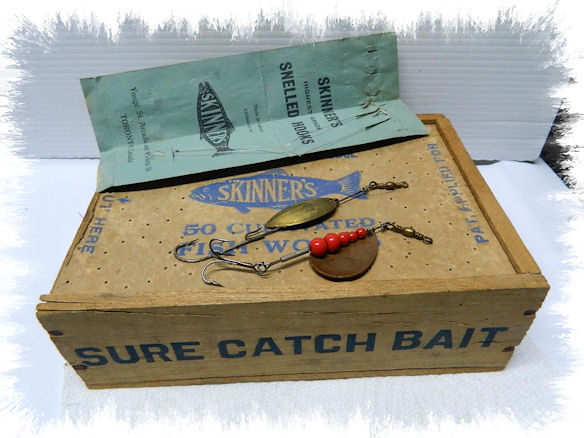 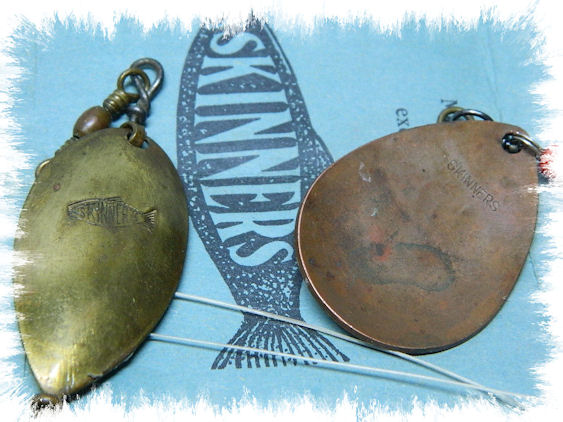